Posted on December 5, 2016 by brucewhitehouse

English novelist David Lodge once observed that professional conferences have become a modern form of pilgrimage. Much like medieval pilgrims, he wrote, conference-goers today “indulge themselves in all the pleasures and diversions of travel while appearing to be austerely bent on self-improvement.”

Pillars of wisdom in the Africanists’ house of pilgrimage

I remembered this observation while attending last week’s annual meeting of the African Studies Association in Washington, DC. For me, though, the pleasure lies not in the travel but in the encounters with fellow participants, both in and out of formal panel presentations, roundtable discussions and special sessions. Whether sitting in a hushed meeting room in the bowels of the Marriott Wardman Park, crossing the lobby buzzing with fellow Africanists, or sharing a meal with old and new friends who study the continent’s affairs, I gain invaluable opportunities to expand my horizons at this conference. Daunting as it may be, finding myself the least-informed person in a room is both edifying and rare. (Well, it’s rare here in the US. It happens to me all the time in Mali.)

Another aspect that draws me to the African Studies meeting is that it’s attended not only by academics like me but also by federal government employees keen to share their views and acquire new insights. You might spot a USAID bureau director alongside tenured political scientists on a governance panel, or bump into an intelligence analyst in the book exhibit, or listen to a fairly high-ranking State Department official trying to predict Trump’s policy toward Africa (upshot: nobody has a clue what to expect, but nobody’s expecting much.) Such exchanges allow me to keep believing that empirical knowledge still carries value outside the ivied halls of academe. For the time being, at least.

Mali was the natural focus of my interest throughout most of the conference. I heard presentations about labor and gender during the early days of COMATEX, about diaspora-led development in a Soninké community, and about critiques of polygamy in the songs of famous jelimusow (a.k.a. “griottes”); my own presentation dealt with monogamy rates in Bamako. Meeting programs have long featured such contributions based on Mali research. What was striking this year, however, was the number of talks examining much more dire subjects, including the loss of cultural heritage in Djenné and Timbuktu, the origins of the present violence in the north, and especially the weakness of the Malian government. One scholar described Mali as having a “Potemkin state” incapable of serving its people’s needs, while another characterized efforts to enhance rule of law as futile in a country where the ruling class has no interest in being held accountable. The Malian state, to use one colleague’s analogy, was like a house with no foundation, kept standing only by donors and a self-serving elite.

Such critiques are not new and have been articulated in recent years by some of Mali’s opposition activists and junta leaders. But they sound especially alarming coming from seasoned scholarly observers who tend to be in favor of reform, not revolution. The question raised by many of the presenters I heard, implicitly or explicitly, was “Can the Malian state be saved?” I did not sense much optimism among those present, and nobody I talked to sees a leader on Bamako’s political scene capable of turning things around. Has the time come, we wondered, to question longstanding assumptions about what the state in Mali ought to look like? Perhaps a centralized, dirigiste secular state has never been what most Malians really needed.

It’s worth noting that the participants in these conversations were, like me, mostly non-Africans. Yet Malian and other West African participants, some of them having flown in just to attend the meeting, were on the same page with respect to Mali’s outlook: the future appears bleak, and big changes to the political system are long overdue. The ongoing intervention by France and the UN to prop up the existing government structure may merely delay the inevitable day of reckoning. 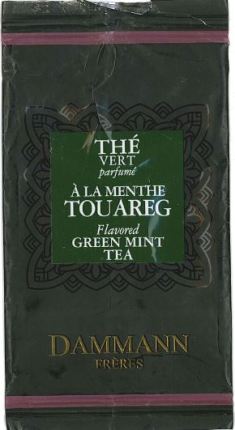 Listening to all this as I sat sipping the cup of mint tea I’d purchased in the hotel cafe, I noticed it was branded “Touareg green tea” by a French company. No doubt some of my Malian friends would wonder, What makes this tea “Touareg”? Don’t the region’s Arabs, Sonrai, Fulani and Bambara also drink their green gunpowder tea with mint? Why has Dammann Frères appropriated Tuareg ethnicity to sell this particular tea (which, in any case, is probably grown in China)?

But these questions only reminded me of something I did not hear expressed at this conference: the idea that Mali should be partitioned and that Tuareg and other northerners should have an independent homeland. While many Malians I know assume that the Tuareg separatist cause enjoys strong support in Western capitals, I have heard no one in US policy circles express such support in public or in private. Nor have I ever heard anyone in these circles call Mali’s present borders into question. The South Sudan example suggests that partition, even when overwhelmingly desired by the local population, doesn’t address underlying political problems and may actually exacerbate them. I suspect that the assumption most of us at the African Studies Association make is that what ails Mali is not its boundaries but the way it is governed. This assumption is shared by a great many people in Mali, as Jaimie Bleck and colleagues have recently found. And questions of governance, both in Mali and more broadly, seem to be generating increasing discussion, even among scholars and policy specialists who used to care mainly about economic growth.

My African studies pilgrimage over, I felt compelled to reflect on what I learned from my fellow pilgrims. The outlook may be grim where Mali is concerned, but I take heart in the fact that growing numbers of us see governance as central, not secondary, to problems of poverty and conflict resolution. If this emerging consensus is indeed genuine, perhaps it will help people to usher in the necessary changes–both in Bamako and in Washington.

This entry was posted in Uncategorized and tagged politics. Bookmark the permalink.

2 Responses to Africa comes to Washington